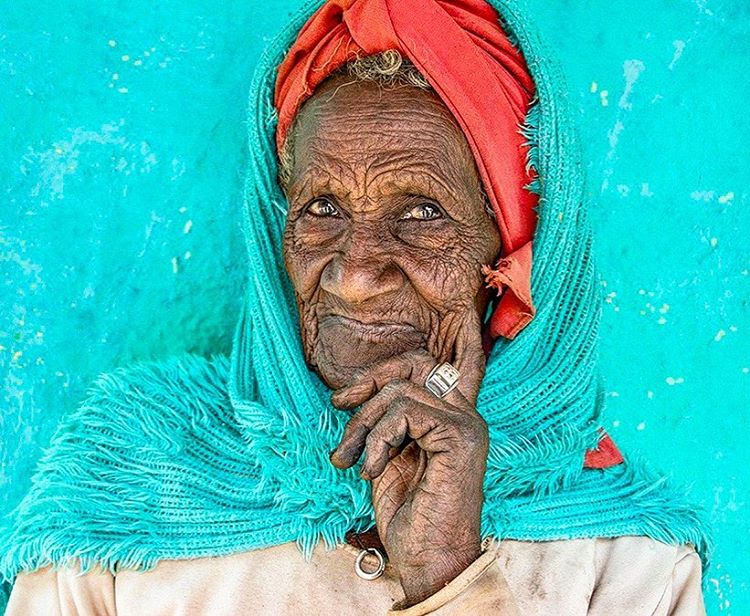 Here are several ‘who cares’ portraits taken on this overcast day, and I say “who cares what aperture I use here because the subject will be standing very near a cyan colored wall thus making any concerns about depth of field mute!”

And when composing a ‘who cares’ composition I always use the critical apertures from F/8 to F/11, a critical aperture being defined as an aperture that produces the greatest sharpness, clarity, contrast and color! So, F/10 it was, and I then simply adjusted my shutter speed, until a 1/125 sec. indicated a -2/3rds exposure and I began to fire away. She was such a delightful woman, an Ethiopian woman, living about 25 miles outside of Addis Ababa, with her two great grandchildren, three goats, one cow and seven chickens. She had celebrated her 81st birthday just two days before, which explained the invitation to come inside for some tea and cake, an invitation that unfortunately I had to turn down as I needed to return to Addis for a prior appointment.