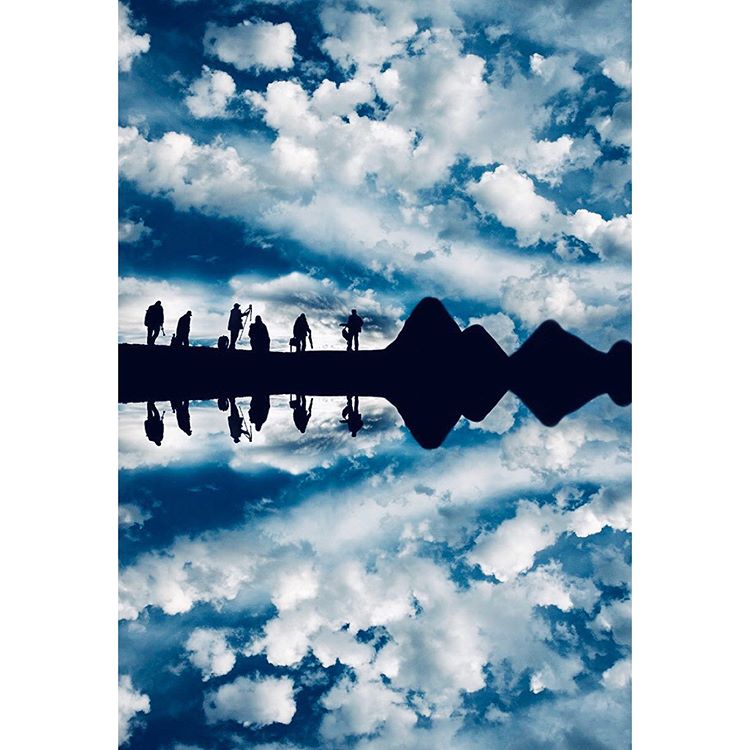 It’s almost every week, somewhere in the world, that I’m either out with a group of photographers or I happen to be in the area where a group of photographers are hanging out, so it makes sense that should have a fairly good collection of compositions showcases photographers, as a group, and it was a year or so ago, that I came upon a group of photographers who were setting up against the vast backdrop of a blue sky filled with various textures of white/grey clouds, but a shot, none the less that made me feel something was missing..and as much as I’d like to say that a small pond or large puddle of water was before them, I cannot, but rather I will gladly volunteer that I made a duplicate of the single vertical exposure, then flipped that duplicate upside down and with the aid of the Canvas Tool in PS, I was able to ‘join’ the two images together, resulting in the ‘mirror” image you see here. That ‘missing’ something had now been ‘found’. So, it’s not a pond, not a puddle, not even a lake, but just some beginner photoshop trickery that made for a magical image.

Enjoy, and you keep shooting!