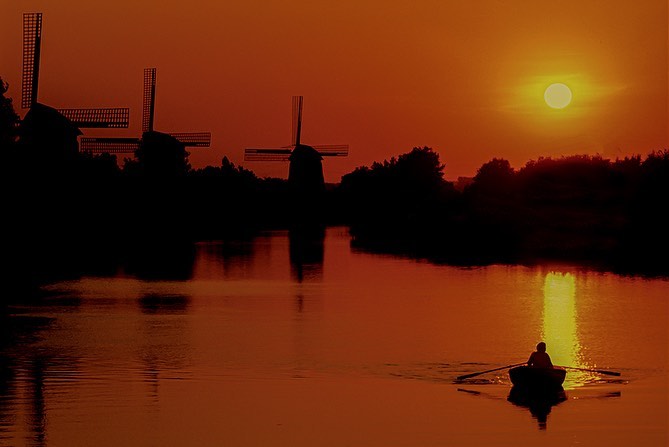 While setting up my camera and lens to shoot these three windmills from the bridge that crosses this particular dike in Rustenburg, Holland, I heard an unexpected and loud splash behind me, a splash that would soon be making its presence known in front of me, down on the water below, in what could be best described as an otherwise dead calm and very tranquil late afternoon in April. 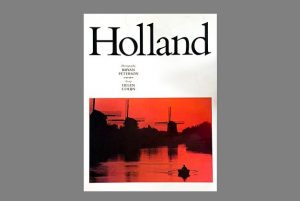 “No, no, no, can’t be!!! A guy is about to row his boat into ‘my’ shot of these three windmills reflecting on the water???Are you kidding me!&%+#^*?” My brain was on fire! Initially, I was not a happy guy, but then as the guy in the boat rowed into the once quiet scene I visually ‘woke up’ and realized what an unexpected GIFT his presence was. The composition before me was now telling a far more interesting story, a lone man just out for a stroll in his rowboat, against the backdrop with a storied history AND unbeknownst to both of us at that moment, a composition was captured that would later wind up as the cover shot for my coffee table book entitled HOLLAND. Thanks so much “Mr.Rowrowrowyourboat!” You keep shooting!