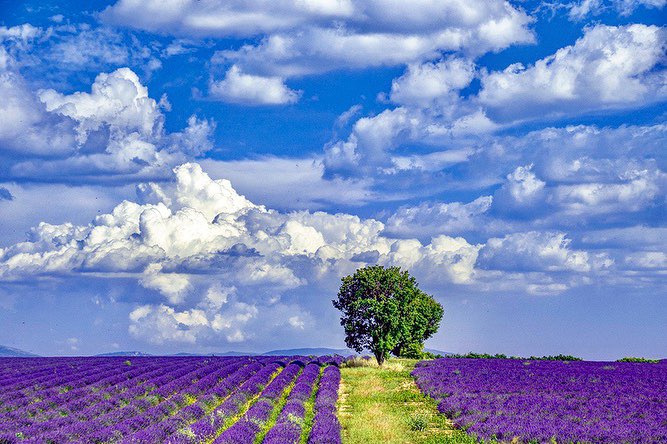 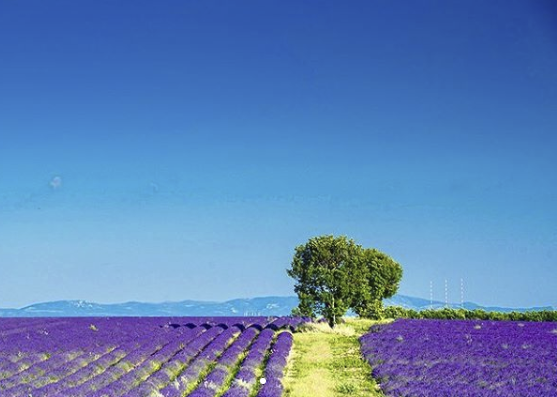 We are passionate, we are driven, we move with a sub-conscious abandon, under a self-casted spell, relentlessly pursuing the perfect image, which as most of have learned and accepted by now, is a pursuit with an unquenchable thirst.

It is why we scout a location for hours, days, weeks, even years, in relentless pursuit of the perfect shot, it is why we return to the same places, over and over, “just in case somethings changed, just in case we missed something, just in case...”

The Valensole Plain, in the south of France, is a vast, flat plain of both lavender, sunflowers and wheat fields. It is a place I first began to photograph back in 1997, and I have returned every year since.

The skies above the Valensole Plain can be a solid clear blue for days, but they can also erupt into some of the most violent afternoon thunder and lightning storms so stick around, an extra day or two, and I promise you will get ‘your sky!’ Of the two images attached to this post the second image (an image shot on the first day with an unremarkable sky) presents the same tree and lavender fields as a somewhat blasé landscape, particularly when compared to the first shot you see here, (shot on day two) with it’s truly remarkable sky, a sky that is more commonly associated with the oil paintings by the Dutch Masters. Right place, right time, made possible by one’s commitment to the relentless pursuit of perfection.