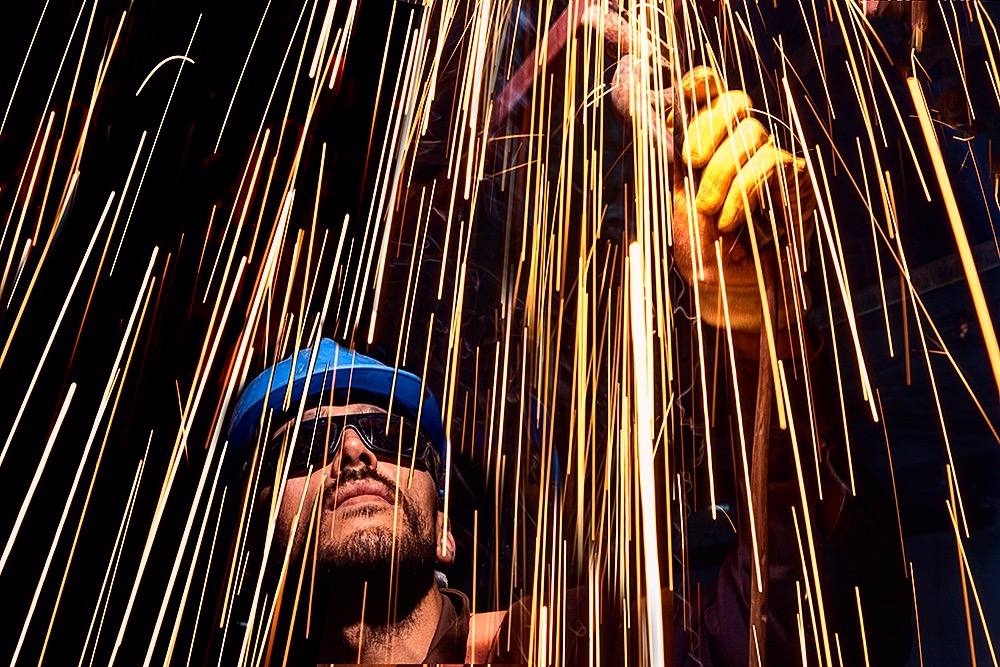 When one looks for opportunities to shoot ‘motion-filled’ subjects, waterfalls, ocean surf and city traffic at dusk often come to mind, but the reality is, motion is everywhere, including the spray of sparks falling from the ceiling as the welder attaches numerous metal plates.

Just like the volume of the water that makes up a waterfall, the volume/spray of sparks will also dictate the spread and length of the sparks.
I shot this welder on a job in Istanbul, several years ago and the ‘luxury’ of being on assignment allowed me the opportunity to shoot multiple takes as the welder moved from one spot to the next.
Just like the sun’s brightness, the bright sparks will over-power the light meter resulting in severe under-exposures, so one needs to set the camera in MANUAL MODE to a +2 over-exposure once the sparks start flying, BUT before you get ahead of yourself, you need to first choose a low ISO, i.e. 100-200, then set the shutter speed to a 1/4 second and then as the sparks start flying, adjust the aperture until your meter indicates a two-stop over-exposure AND with the camera on tripod, start firing away!

If you exposed correctly, you will record more than just a motion-filled image. In fact you just might record an ‘E-motion’ filled image! You keep shooting!