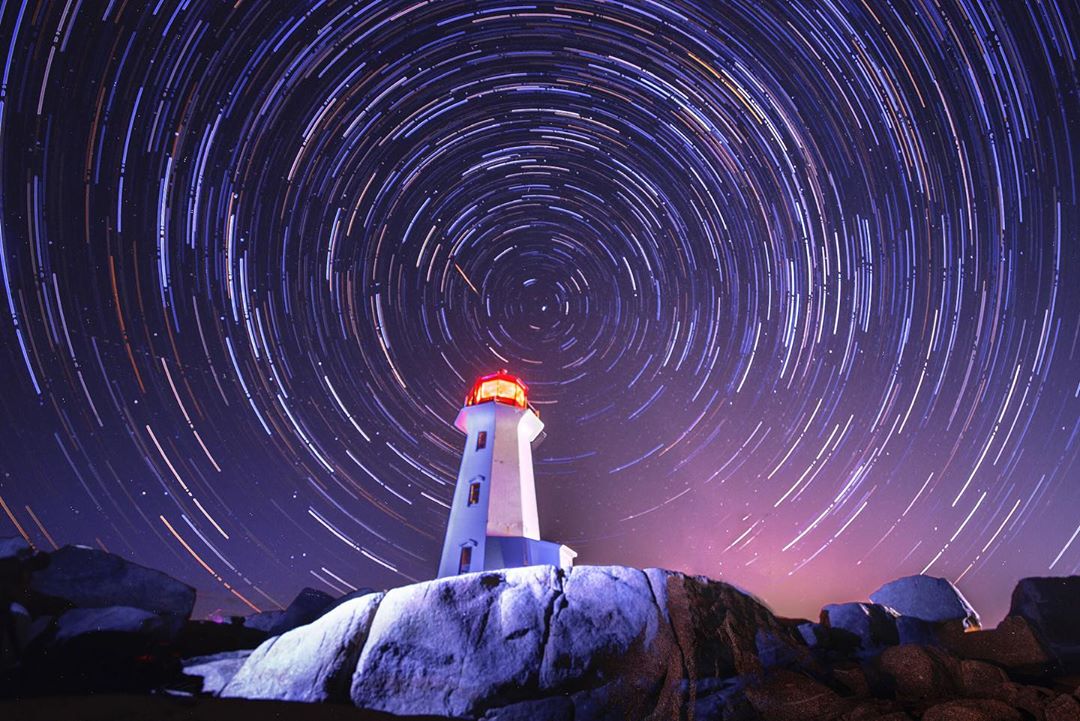 A low point of view, camera/lens on tripod, an image of Peggy’s Cove Lighthouse, Nova Scotia, an image that consists of 74 single images, each a 30-second exposure of the night sky and lighthouse and then I combined them with just one 30-second exposure of the same night sky/lighthouse but where also a portion of the foreground rocks were illuminated with my small cube like LED light, and then all of the 74 night sky images were stacked together in PS, and after ‘highlighting’ 73 of the star-filled sky exposures, I chose LIGHTEN as the layer blend mode, then flattened them all, resulting in a single image that now shows the streaking stars, evidenced of the earths rotation and then I added that single exposure of the illuminated foreground rock...it sounds complicated, but as anyone of my students will attest, it is actually much easier to shoot AND process a star trail photographic composition then it is to understand the math of f/stops and shutter speeds!