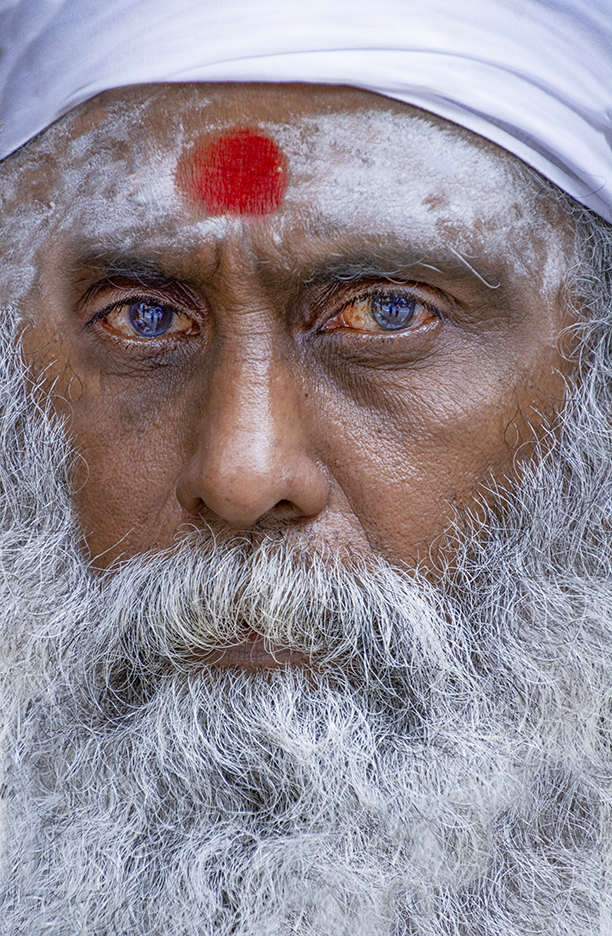 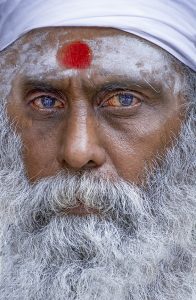 Two things regarding this image are working in my favor. It’s 1:30pm, but it’s a day of heavy overcast, so the normal harsh light of mid-day has been softened considerably allowing me to keep shooting and two, my subject has cataracts, thus rendering his eyes with a stark blue cast, made even bluer by the blue light that often accompanies a day of heavy overcast.

If this were a film camera, I would have attached an 81-B warming filter, but because it’s digital, I can ‘add’ the 81-B warming filter in post-processing in PS...Image>Image Adjustment>Photo Filter>81-B...Because the color white is the easiest to become ‘contaminated’ by the blue overcast, the filter aids in rendering his turban and beard as the white color they both are, without reducing much of the blue cataracts.