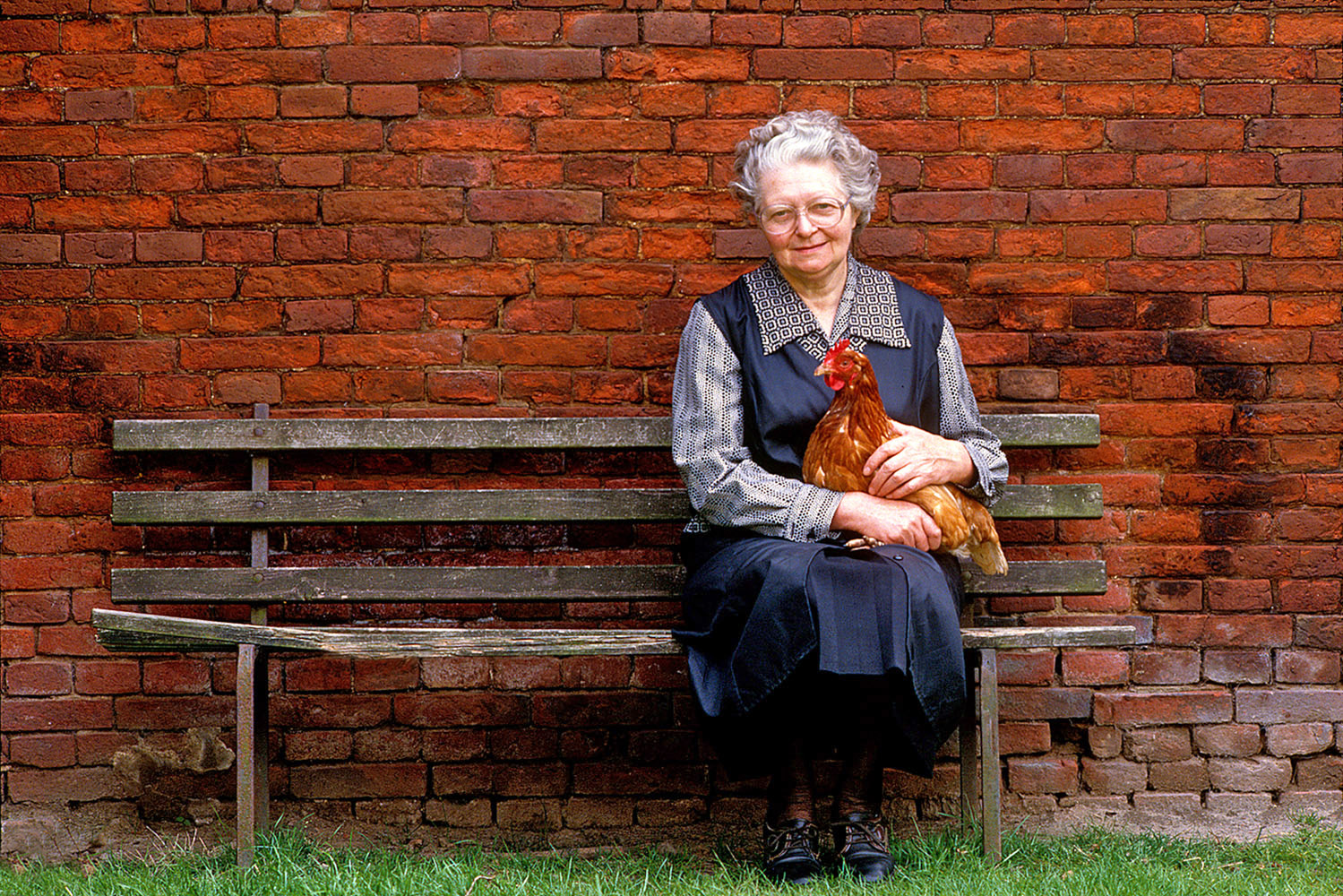 Frieda, a 77-year old widow, born on this very farm southwest of Hamburg, Germany, raising pigs, cows and chickens “for as long as I can remember.”

With the help of her 58 year old daughter, (also widowed) and her only grandchild, 23-year old Bettina, the day to day operations of the once busy farm had dwindled down to managing five pigs, seven piglets and 27 chickens.

While photographing Bettina and the piglet she was holding, my eyes caught sight of Frieda, walking to my left, caressing a chicken under her arm. 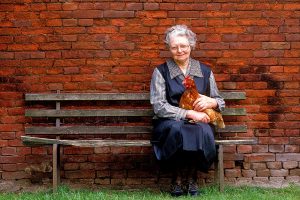 I quickly turned my attention towards her, asking if she would pose for the camera, with the chicken of course, while seated on an old wooden bench which was placed up against a brick wall of one of several out buildings on the property.

Several hours later, following an earlier invitation from Frieda to stay for lunch, I was quick to express my enthusiasm for the very tasty and thick cream soup that was comprised of potatoes, and green peas, and of particular note, the tender chunks of moist chicken meat, to which Frieda quickly replied, “well of course the chicken tastes fresh! It’s the chicken you photographed in my arms two hours ago!” (Make that five pigs, seven piglets, and 26 chickens!)