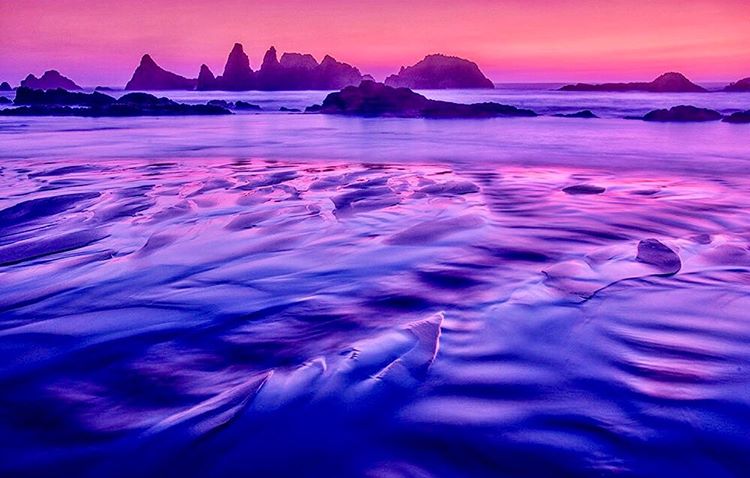 It was at Seal Rock, along Oregon’s, where way off in the distance, at the top left of this image where I left behind a great deal of frustration, the frustration of imperfect timing, the frustration of watching large ocean surf exploding against those rocks, completely out of sync with the large flocks of flying gulls against the backdrop of the deeply vivd colors of the slowly setting sun, frustration that was easy to leave behind as it was now, 20-minutes later being soothed by the salve of the great contentment of a 15-second exposure of a small, slow-moving coastal stream, in perfect sync with the low-tide and in perfect sync with the vivid and colorful remnants of a dusky orange/magenta sky!