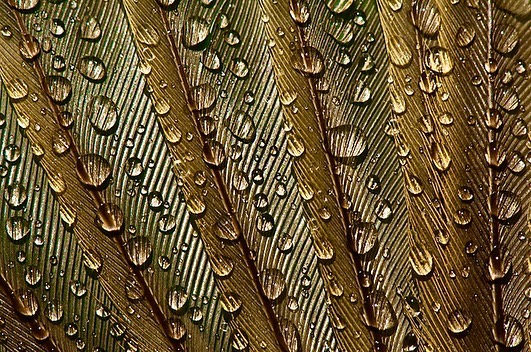 No one likes to hear the sound of a bird hitting a window since it almost always means the bird is dead, the result of a broken neck, which was the case when an female house finch flew into living room window of a friends house, a friend who I was visiting with at the time. I found the bird, at the base of the window, deceased, and as I picked it up I was struck with the idea of ‘immortalizing’ the bird by photographing an opened wing, so I was quick to set the shot up, fanning out one of its wings, (photo#2) and then grabbing a spray bottle of water and creating some ‘raindrops’ across the outstretched wing, making certain that my camera’s sensor was parallel to the wing, as I composed this frame filling image with my Nikkor 105mm macro lens at an exposure of F/[email protected]/125 sec. 100ISO Daylight/Sunny WB and you keep shooting! 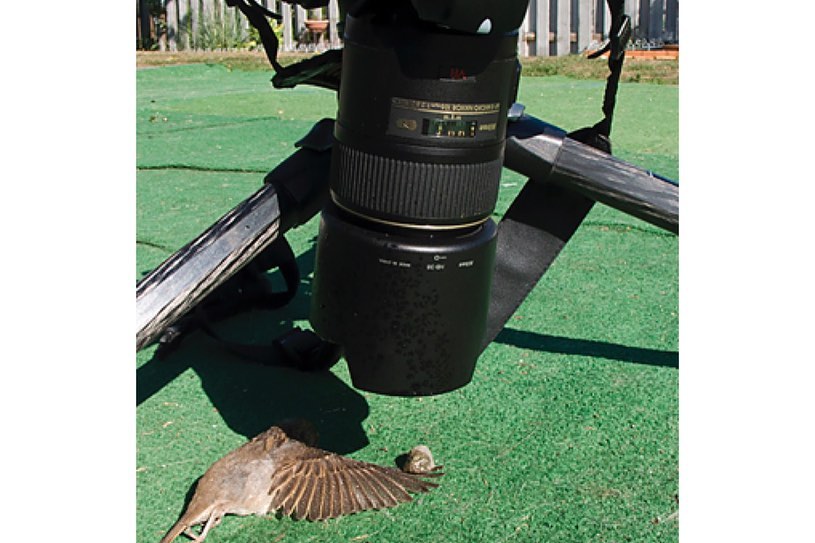