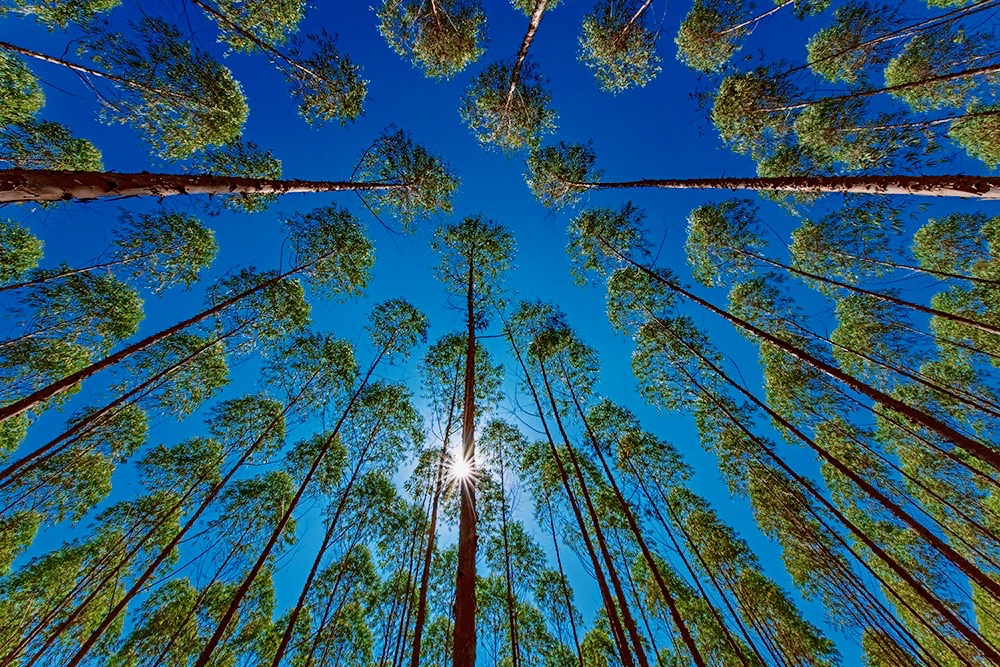 I have photographed my share of forests and some felt almost perfect, but not until last week, near Inle Lake, Myanmar did I feel I had finally reached ‘perfection!’ This is a managed forest of trees that will be eventually harvested for pulp/paper, but on this day it was meant to be harvested with a camera and shot at F/22, because I wanted to record a subtle starburst as my shifting point of view allowed a piece of the sun’s light to ‘burst’ from behind one of the trees.

When shooting a backlit scene such as this and with the super wide angle lens, (the Nikkor 14-24mm and D850 at 14mm in this case) it is important to set your exposure to +1 and again move just enough to allow only a sliver of bright sunlight to peak around a tree when you take the shot. Depending on the density of the forested scene will determine how much additional exposure adjustments you do in post i.e. using the Highlight and Shadow Sliders in Camera Raw and/or Lightroom. I use Camera Raw and in this case I moved the Shadow slider to about 20, thus allowing some additional detail to come through.