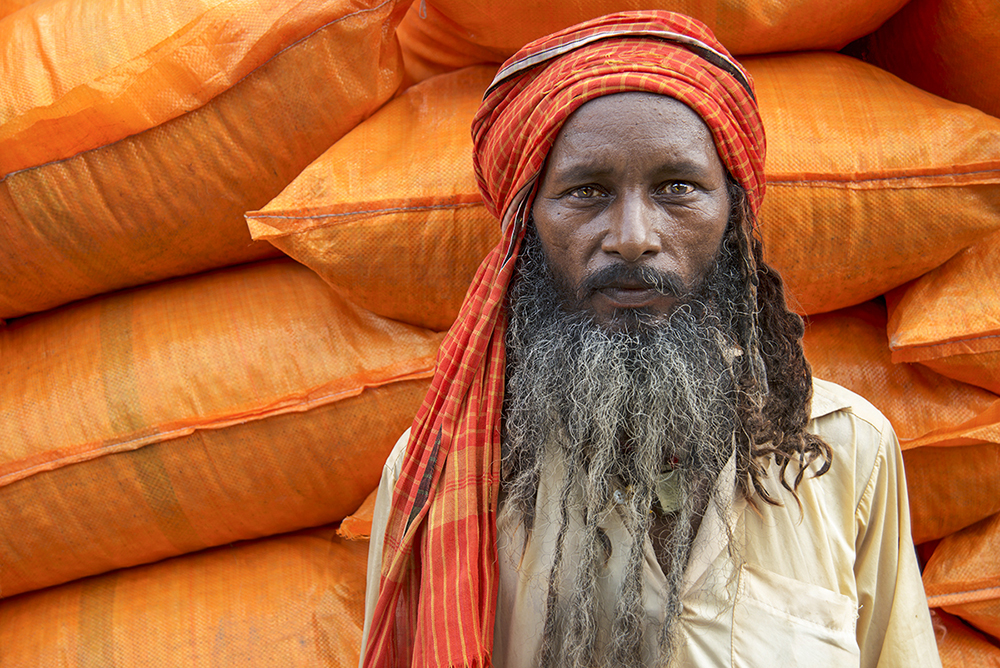 PART I: How important can a background be, particularly when shooting portraits on the street? It can every bit as important as the seamless or muslim textured backgrounds used in portrait studio’s around the world. The role this background plays in the overall composition is one of ‘quiet organization’; in effect it plays ‘cleanup’, eliminating all possible distractions, thus allowing the viewer to study the portrait subject without interruption. 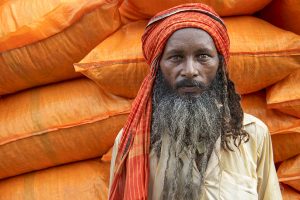 While shooting on the street, I will sometimes see the background before I have found a potential subject, which was certainly the case here. The second photograph attached to this post was what I initially saw, a wooden ox drawn cart filled with bright orange bags of rice, in Chandni Chowk Market in Old Delhi, India, or what I saw as a ‘bright orange seamless background’. It was not until ten minutes later, where my eyes caught sight of a young man walking down the street, and following a short few minutes of conversation, the young man was now standing in front of the cart. It was pure luck that he happened to also be wearing an orange patterned head scarf. 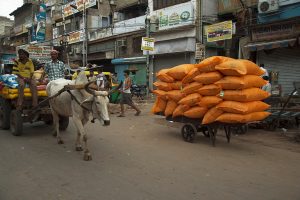 Fortunately, it was a cloudy day, so despite it being high noon, (normally a lousy time to shoot a portrait due to the harsh contrast from the sun overhead) the strong overcast light was creating a welcomed composition of even lighting, front to back with no shifts in overall contrast. It is a colorful image to be sure, yet the role of this large area of orange has no doubt allowed you to study this young man’s face without any interruption. Nikon D810, Nikkor 24-120mm, F/[email protected]/125 sec. 320 ISO DAYLIGHT WB