The Feeling of Freedom

Home Blog The Feeling of Freedom 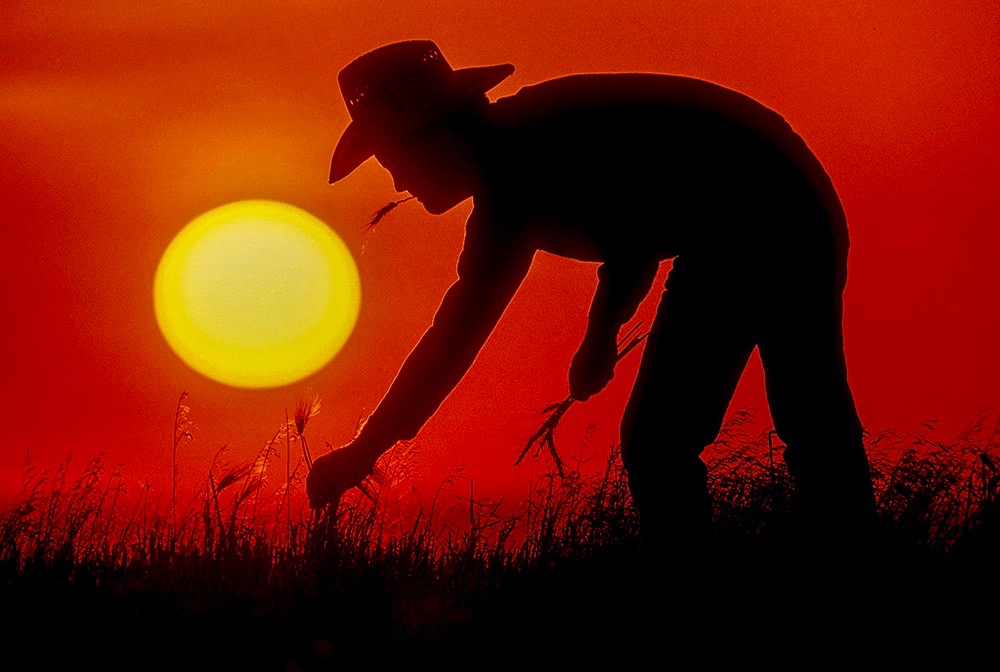 The Feeling of Freedom

Driving south of The Dalles, Oregon, near Dufur, it was a late afternoon in early July when my eyes caught sight of him in his field. He was checking his wheat, the taste and feel, to determine how soon the harvest would begin. As I awaited to photograph him against the setting sun, we spent some time talking, and it was in our conversation that I learned that the feeling of FREEDOM, at least for this one man, was mindful of being held in the locking arms of his Grandmother’s embrace, this, after asking him if he ever felt lonesome “out here on the prairie?”

“Lonely? Lonely for what? Take a look at the horizon, any direction you want, and you’ll see nothing but wide-open space.....and all this wide-open space that surrounds me, feels like those giant hugs I’d get from my grandmother every time I’d show up on her front porch. So, hell no I ain’t lonely!”