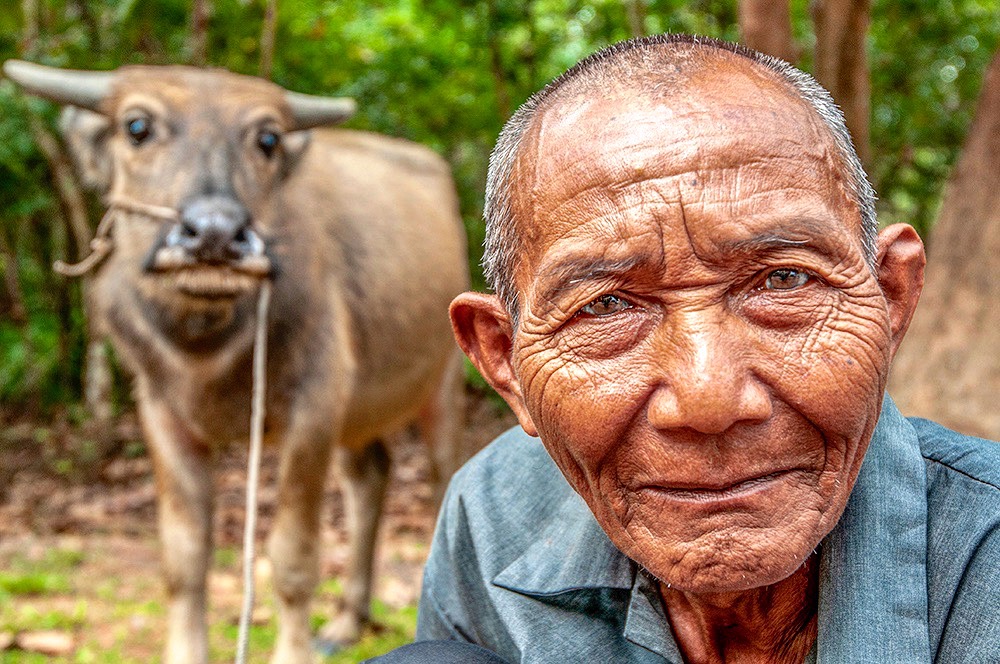 As I recall, the car was still rolling to a stop when I opened the passenger rear door, leaping out and running back up the lone country road, anxious to introduce myself to the farmer and his young water buffalo whom we had driven past a few moments earlier.

Try as I might, it was obvious my attempt at communicating my wish to photograph him was failing as he continued walking, albeit an interrupted walk, as one might walk when being irritated by the constant buzz of a mosquito. Fortunately, my driver caught up with me and as speaking as one Cambodian to another the farmer was now happy to oblige my request for a photo, but never did I expect that his young water buffalo, which the farmer had purchased at the market only one hour earlier, would also be so obliging.

Because I did intend to include the water buffalo with the farmer, I had chose to use my Nikkor 24-120 at the 35mm focal length, and this 62 degree angle of view was perfect for composing both subjects and with an aperture choice of F/5.6, and since I was focusing solely on the farmer at this large lens opening, it’s obvious the farmer is my ‘leading actor, and at the same time, with this shallow depth of field, I was able yo keep the role of the all important water buffalo limited to that of the ‘supporting actor’.